Here's my notes on the Pilsner Urquell London Brew-Off beers. An instructive aspect was that the beers were offered for tasting with small plastic cup, in part to discourage people from pouring too much, as there was only a few litres of each one.

Unfortunately the smell of these cups overwhelmed those of the beer, and it was only when I switched to tasting similarly small measures but from a PU small glass tankard that I could appreciate the aromas. 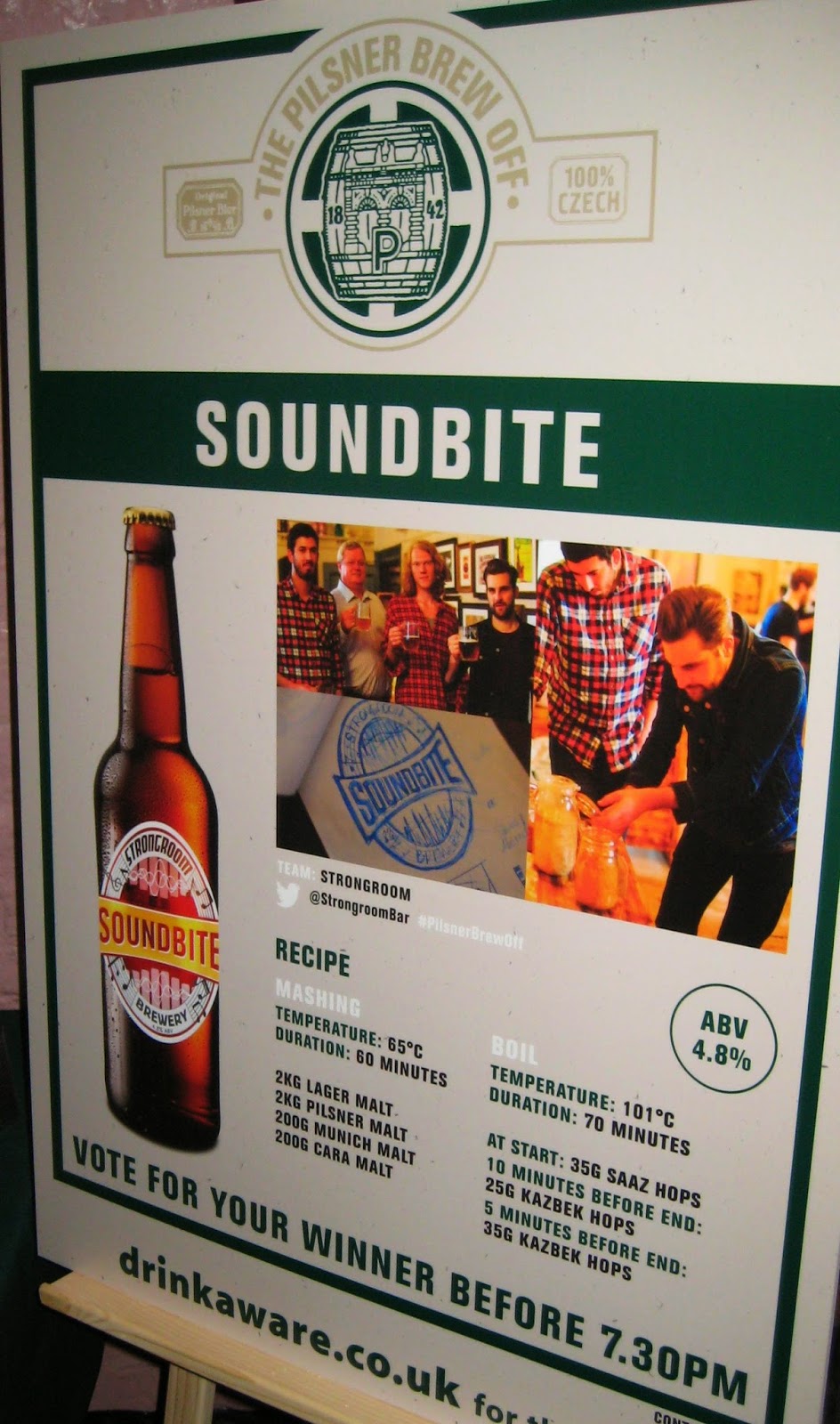 Soundbite (4.8%) was a well constructed hoppy golden lager, with light caramel and nut notes and a touch of apple. Here's the board listing its recipe and brewing profile – there was one of these printed for each beer. My vote: 3.5/5

Pegasus (4.8%) was reminiscent of a pale ale, with light aromas of lemon and cedar – or as I wrote at the time, freshly sharpened pencils. I noticed this on a couple of the others too, and I think it must be down to the Czech Kazbek hops, which I've not knowingly encountered before. In the glass it was faintly nutty, with a touch of melon and a dry-bitter finish. My vote 2.5/5

Another Fine Mash (5.7%) was intended to be amber but actually came out closer to the average Munich Dunkel. Hazy brown with cocoa on the nose and a spicy malty body with hints of forest fruits, it was dry-bitter yet faintly sweet in the finish. My vote: 4/5

Czech Please (5.2%) had touches of golden malt and honeydew melon on the nose. The body was more like a Vienna/Pils hybrid, with faint spicy notes and hint of toffee leading to a sweet finish. My vote: 2.5/5 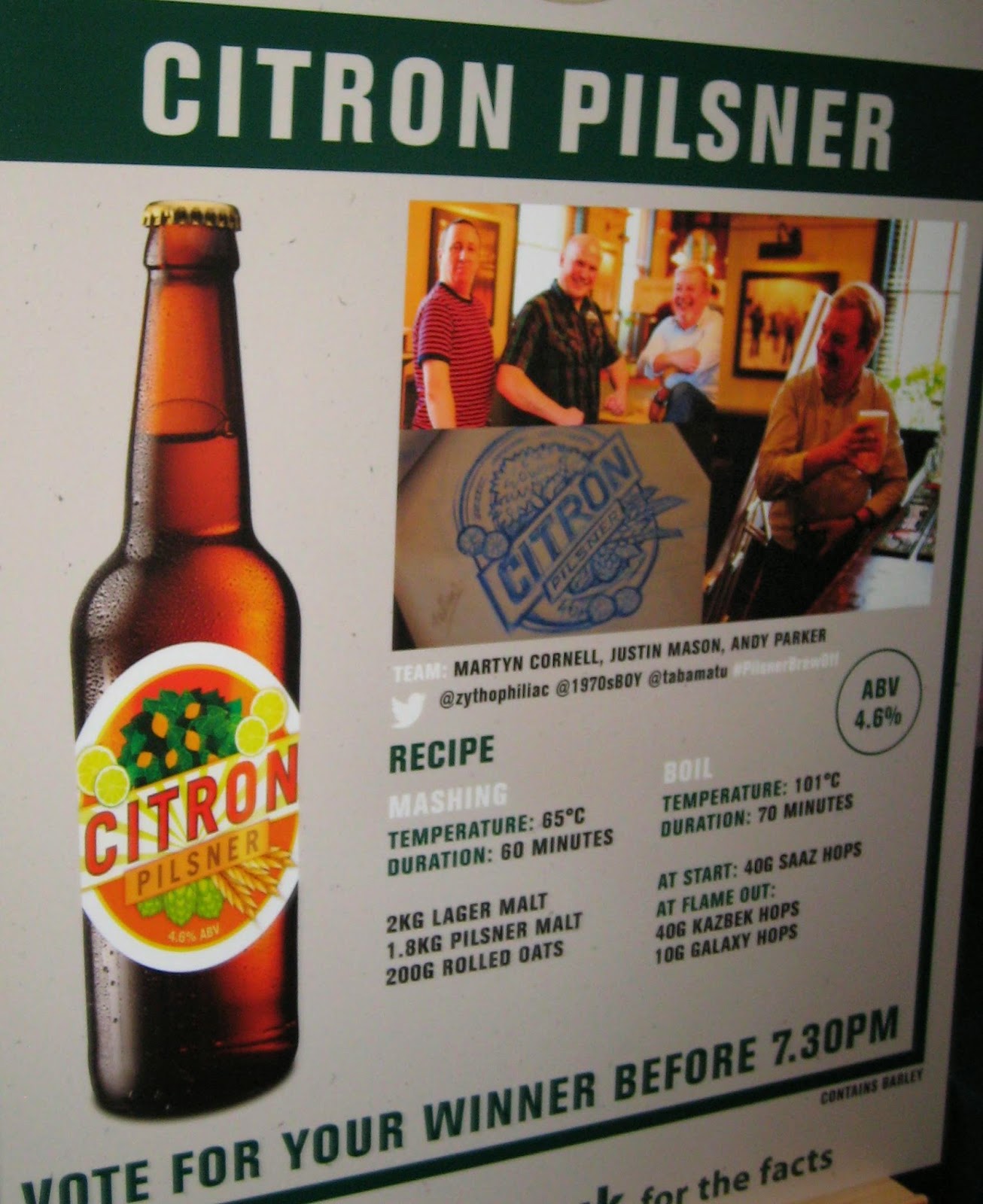 Velvet Pilsner (5%) was hazy gold – the Brew-Off beers were all bottled unfiltered – with a faintly woody and nutty nose (those pencil sharpenings again). I detected faint cocoa notes and a light nuttiness. My vote: 3/5

Citron (4.6%) as the name implies was meant as a modern citrusy twist on Pilsner. Cloudy yellow, its light aromas of lemon and grapefruit continued into the body, where they played along with a faint pepperiness and a hint of sherbet. My vote 4/5
at 9:06 am