It’s getting so that, when I see the words Bayrisch Pale Ale, I reach for my sink plug. Bavaria is famous for several beery things, but precisely none of them is Pale Ale. 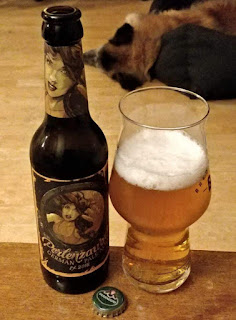 I can see why they try – a crisp American Pale Ale is what most traditional German brewers seem to think of when they “Hmm, we really ought to do something about this Craft Bier fashion.” That or possibly an American IPA – but mostly APA.

It’s partly because Sierra Nevada Pale Ale has been readily available there for a good few years now, so it has come to epitomise Craft Bier for many Germans. Of course, SNPA was just as enlightening for pioneering British brewers back in the 1980s, the difference perhaps being that they already knew how to brew ales, they were just trying to make them less old-fashioned.

To be fair, in a few parts of Germany ale is understood to a degree. I don’t count Cologne here, mind you, as modern Kölsch is a warm-fermented lager, nor do I count Hefeweizen, which bears only technical similarities with ale. But knowledge has survived in a few of the Alt (old-style, ie. top-fermented) traditions – and of course there are now many brewers who have trained abroad, in places where ale never died. 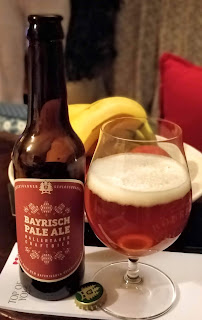 So I’m not dissing all German Pale Ales, not by a long straw. It’s just I can’t remember when last I had one from Bavaria (or nearby) that was any good. Just recently, the ‘not good’ list has included Hohenthanner Schlossbrauerei Bayrisch Pale Ale, and Perlenzauber German Pale Ale from Herrnbräu in Ingolstadt (yes, that Ingolstadt, the home of the Einheitsgebot), but there’s been others.

The commonest fault is vegetal or cooked sweetcorn notes, which means DMS. This is a big giveaway as far I can see, because while it’s a fault in ales, a bit of DMS is part of the character of many lager styles. It suggests to me that these are experienced lager brewers working off their patch and getting it wrong.

It’s ironic really. Most ale brewers I’ve spoken to acknowledge how hard it is to make really good lagers. Perhaps there are Bavarian brewers who believe that lager is therefore the pinnacle of the art, and that ale should therefore be easy by comparison.

Or perhaps they imagine it’s like making a Hefeweizen, just with a different yeast and without the wheat... That might explain why there’s so much loose yeast in there that if you want a reasonably clear pour, you’re going to have to leave 15% or 20% in the bottle. For Pete’s sake, either give it a light filter, or if you do want to bottle-condition, use a properly sticky yeast for it!

OK, rant over. As ever, please feel free to recommend good Bavarian ales – or even to disagree with me! – in the comments below. Cheers!
at 12:12 am