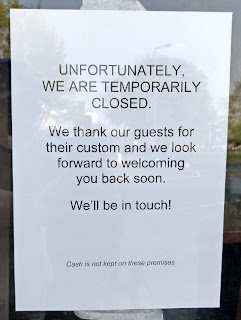 The scale or balance will have changed though. Hospitality will bounce back, but supermarket sales will have got a boost and we will lose quite a few smaller shops, bars and breweries. Plus, the shift to online sales and away from retail has accelerated – I wouldn’t be surprised if we lose several more big high street names. Yes, it might have happened anyway, but not this fast, surely?
at 12:38 pm