My first thought on entering Craft Beer Rising last Thursday was “What a zoo!” and the second was that although it seemed crammed with people, it was smaller than I expected. Then I spotted a doorway through which was another room, also crammed with people, then I saw another doorway, and another, and.... There is a logic to it somewhere, and a floor-plan in the programme, but on the ground it's labyrinthine. This impression was accentuated by architecture reminiscent of a multi-storey car park, and the many bars apparently constructed of wood and hessian. 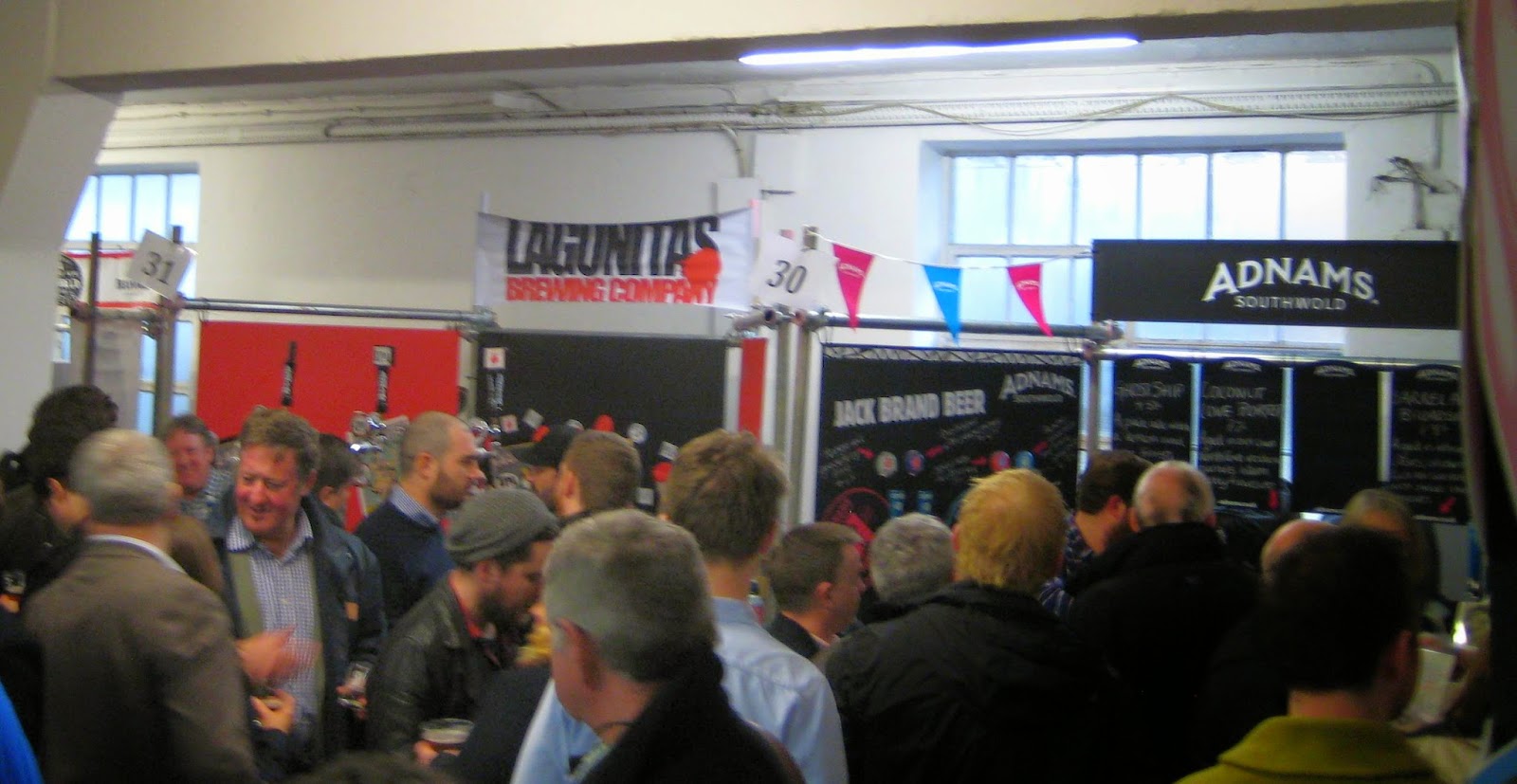 Once I started to look around, there were bars everywhere – and from such a variety of names. Many of the old family brewers were there, but so were pretty much all the 'names' from modern craft, plus there were a goodly number of overseas brewers, some distributors, and even a few craft cider producers. And all of them had drinks for you to sample in your third-pint festival glass – or to buy a bigger measure if you wanted. 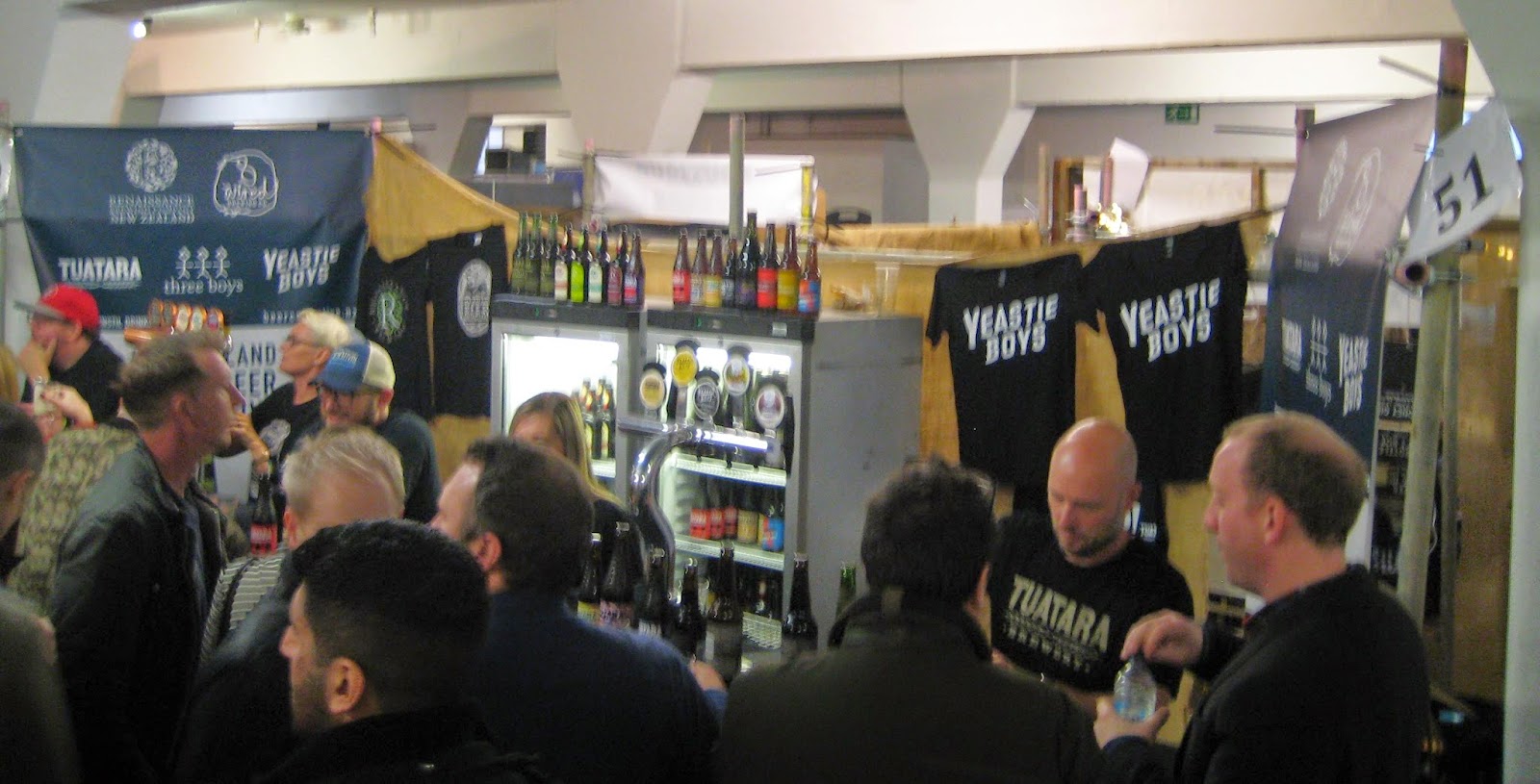 Could anyone sample everything? No way – there were seventy-odd bars, and hundreds upon hundreds of choices. So I wove (and sometimes pushed) my way from here to there. I spotted names I've read about or seen elsewhere but not tried yet, and faces I knew but hadn't seen in a while, and I stopped for a chat and a spot of something interesting to drink – or in one case, to eat. (I'll write more here on all of these things soon.) 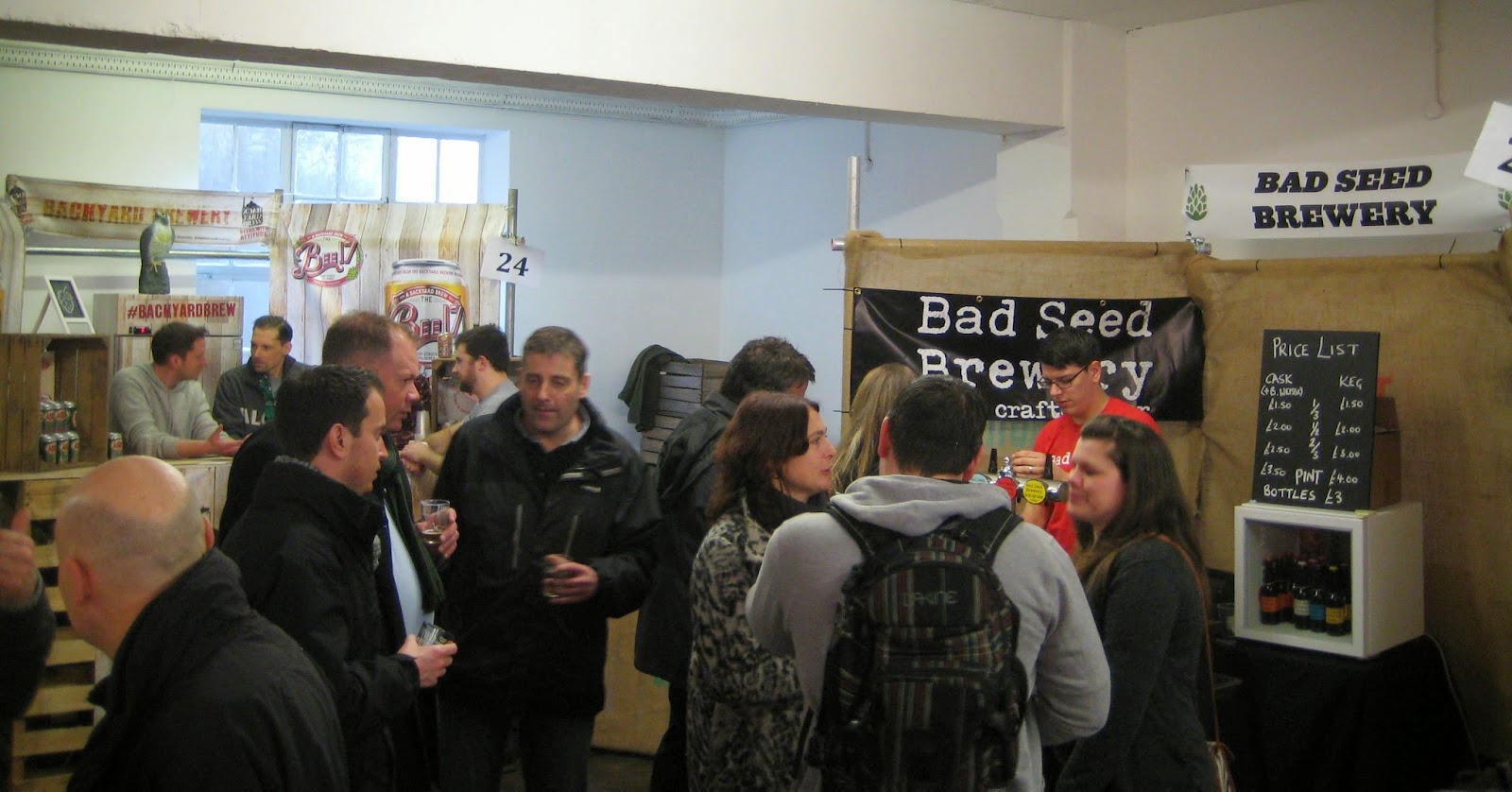 And I thought to myself that this is just the trade session – how much worse is it going to be when it's open to the public? Then someone told me that even for this session they were turning people away at the door, so maybe it was already at the fire limit. Hopefully the public session crush will have been eased by more people moving into the large central hub set aside for food and music – just about the only thing going on in there during the trade session was a speed-dating session, with brewers and retailers chatting each other up. Well, that and confused people like me walking in through one doorway, out through another, and going “Hang on a minute, where am I now?!”

Anyway, 9pm and session-end came all too soon – I could easily have spent the whole weekend there. Such is life.
at 10:27 pm