Early last year, Marston's released a new range of beers under the Revisionist Beers brand, to be distributed in cask and keg, and in bottles via Tesco. The idea was that the company's several brewmasters were each given the opportunity to recreate a beer style that appealed to them, but which might normally not be associated with a name like Marston's.

The styles chosen were pretty varied, from Hefeweizen and Black IPA, to Saison and California Steam Beer. To be honest, so were the results – some were good, others were forgettable, and overall it was hard not to get the sense that the brewers were staying on the safe side of the road. 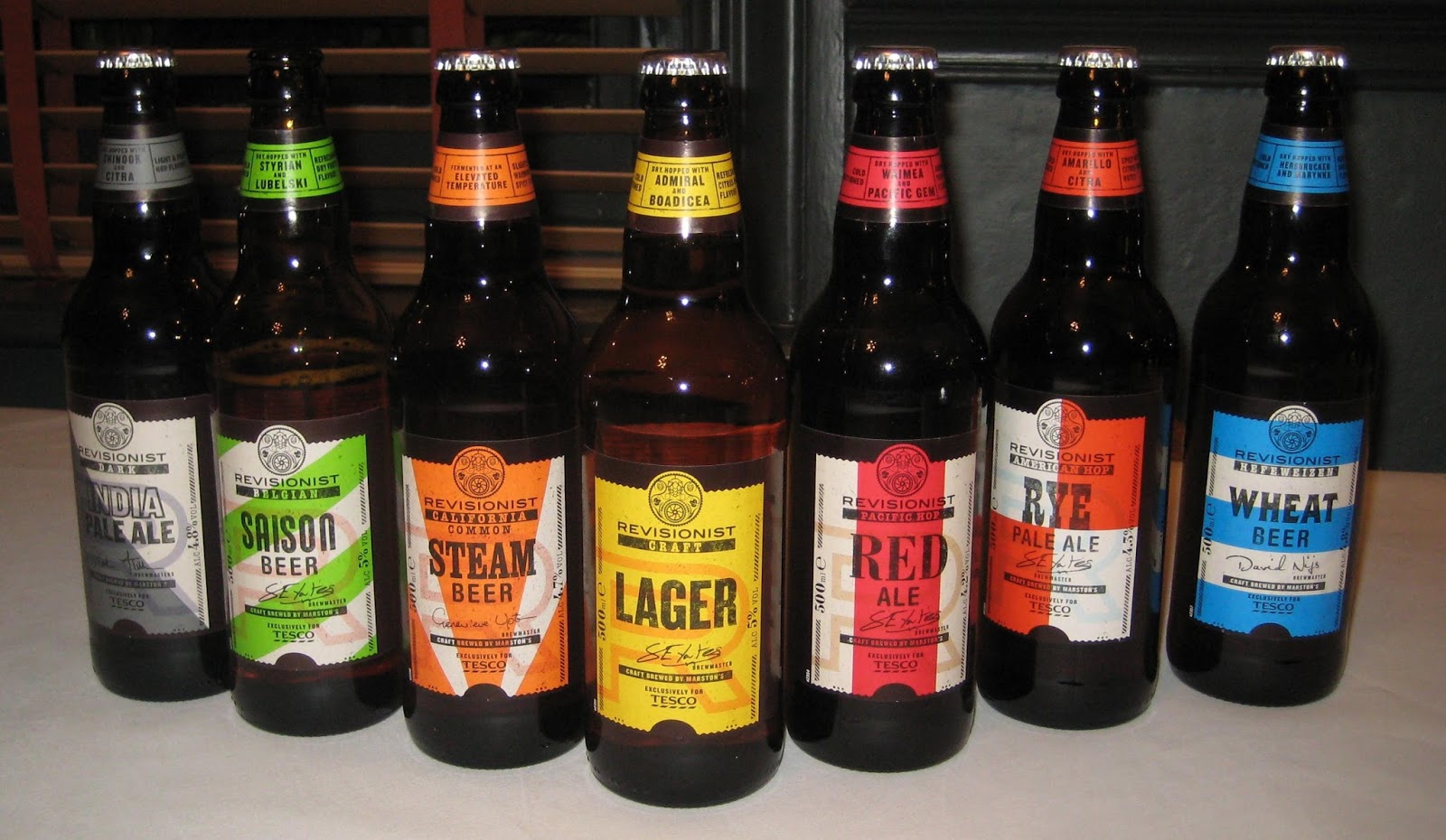 So when the news came through that the range was to be extended, both on cask and in bottle, and that Marston's was to add another new seasonal range – this time of single-hopped Revisionist cask ales – I was intrigued, to say the least.

Some drinkers seem to dislike Marston's. They tar it with the same brush they use for Greene King, which is notorious for buying and closing down smaller breweries, then transferring their beers to its own brewery but pretending they were still brewed in the original location.

Yet Marston's isn't like that at all. Sure, it has bought other breweries, such as  Jennings, Banks's, Wychwood/Brakspear and Ringwood, but it has deliberately kept them open and in production. Yes, it has an overall brand and a big company image, and yes, sometimes it moves beer brands around, but there's no pretence or dishonesty about it – if you want to know where a beer was brewed, in my experience you can usually find out.

When I got to meet some of the people behind the Revisionist and single-hop beers, it was interesting to see how much the various breweries in the group cooperate and collaborate, and also to ask about the thinking behind the new beers – and whether there is any dumbing-down coming in from the sales and marketing department.

The answer to the last question was a definite no. Instead, I got a sense that the brewers already know their market (which is firmly grounded in Marston's own pubs, although quite a lot of beer also goes to other pubcos) and just how far they can go off-piste.

This is of course one of the biggest problems in any industry – when the market changes, how do you get your people to let go of all the assumptions that underpin what they do, and which have become so deeply embedded that they probably don't even realise they are there?

It's why engineering companies set up 'skunkworks' and it's probably why AB-InBev is busily buying small US craft breweries instead of getting its own highly-skilled brewers to produce Triple IPAs and Imperial Oatmeal Stouts. And if both Guinness and Greene King have not had the success they would like with their crafty beer ranges, it explains that too.

In some ways though, I can see Marston's geographically-diversified structure offering some help here. Its breweries have retained their own beers and identities, to some extent anyway. Talking to Genevieve Upton, brewmaster and 'innovations brewer' at Marston's Brewery in Burton-on-Trent, I gathered that having different breweries available adds all sorts of flexibility. That's not only in the type of brewing kit available but in its capacity too – some of the other breweries, such as Ringwood, can handle short-run products much more efficiently than the main Marston's plant, for instance.

Genevieve also mentioned that some of the Revisionist beers – in particular the cask ales – take a process that brewers must carry out anyhow, which is doing test brews with new hops, and turn it to commercial value, allowing beer lovers to join in the process.

So while the single-hop Archer that I tried earlier this year had a pleasant earthy bitterness with hints of white strawberry (yes, really!), it also lacked depth and complexity – in essence, it showed why brewers normally use several hops in a beer, each one for a particular purpose.

And without brewing Revisionist single-hop Archer, Genevieve and her colleagues wouldn't know how best to use this new hop in the future. I rather like being able to join in with that process – how about you?
at 12:43 pm