Is real ale too cheap? Or is craft keg too dear? 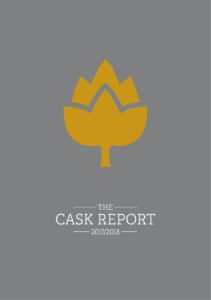 Price hikes could be on the way for Britain’s cask ale lovers, if recommendations in the Cask Report 2018 are followed. According to the report, which is based on a survey of 2000 drinkers, 90% of cask drinkers say they don’t have a fixed budget in mind when they go for a beer.

I know that the lower price of cask ale versus craft keg has long been a bugbear for some brewers and bloggers. But rather than criticise the craft keggers for profiteering, they usually complain that cask is too cheap – after all, they say, the ingredients are the same. They do have a point of course, if we can compare like with like, but some craft keg beers use more malt and hops than the average real ale, so they will have a more expensive 'bill of materials'.

The distribution task is similar, too. Craft keggers whine that Keykegs and the like cost money and are one-way vessels, which might be a valid complaint if they weren’t thereby relieving themselves of the cost of buying, retrieving and washing casks for re-use. Plus, they do have the option of reusable kegs.

But there are also sound reasons for keeping cask prices lower at the point of sale, if possible. Quite simply, a cask goes off once it’s open, so you need to sell it as soon as possible (unless you resort to a gas blanket or other dodgy behaviour that can adversely affect the process of cask-conditioning). Keg on the other hand will stay fresh enough for weeks, so you can afford to keep it on sale longer, while you wait for enough mugs to come along and pay two quid a pint extra for what’s essentially the same beer as on the next-door handpump.

Cask Report author Paul Nunny is right that people will pay more for their beer if the offer is right – it’s just that it doesn’t have to be down to beer quality. I know two pubs in Hammersmith right next door to each other. In one, a pint of real ale is £4.50ish, in the other it can be literally half that – and there’s not much difference in variety and quality between the two – in fact the cheaper one probably has the greater variety .

The real difference is one is a Spoons and the other a Nicholsons, so you’re paying – or not – for the latter’s nicer ambience, with its trad pubby furniture and feel, significantly fresher air and bigger windows. Oh, and the different clientele, of course.

How much extra are you willing to pay for better quality ale? Is the craft keg premium fair and sustainable or just manipulation of markets and fashions?

Apologies for the delay in getting this post and the next one online – it's a few weeks now since the launch of the Cask Report and the accompanying seminar for licensees and pub operators on how to make more of cask ale, but work intervened and my reports fell through the cracks... Oops.
at 10:39 pm