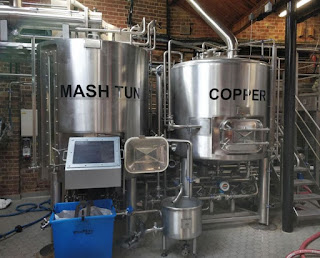 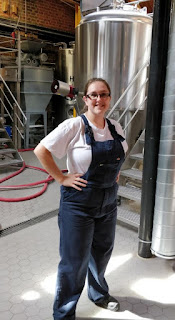 The idea is that each of Fuller's brewers will have charge of the pilot brewery for a year – Hayley was lucky enough to be the first. She expects to brew once a week to start with, and has already done several brews. Hopefully, as well as the growlers we'll see some casks and bottles available around London and at festivals before too long!
at 11:12 pm