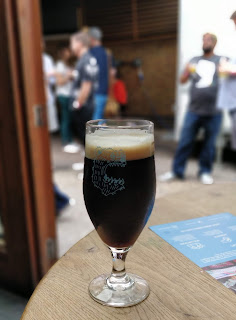 The popularity of Craft Beer Cares, the volunteer-run Hackney beer festival where all the beer is donated and the profits go to charity,  has struck a chord with the London Brewers Alliance (LBA) and the Society of independent Brewers (SIBA). The three organisations are collaborating to run a new charity festival next February near King’s Cross, called Love Beer London

The aim is to get as many as possible of London’s 100+ breweries taking part and donating keg beer. The proceeds will go to The Benevolent, which is the drinks industry’s own charity, supporting needy current and former employees and their families.

Taking over as festival organiser is Jaega Wise, who is head brewer at LBA member Wild Card Brewery and also an elected SIBA rep. “With Love Beer London we are bringing together all of the best breweries from across London and the South East into one huge new beer festival, serving a broad range of beer styles of the highest quality in an amazing event space just behind King’s Cross station,” she declared.

“It’s the first time that SIBA have partnered with the London Brewers Alliance and we’re hugely excited about the broad range of craft breweries and beer styles that will feature at the festival, so as well as modern hop-forward IPAs and Pale Ales there will be lots of traditional bitters, porters and stronger English ales, as well as speciality and mixed-fermentation beers. It genuinely will have something for everybody.”

The one thing that I’m a bit surprised by is that the tickets, at £12 per session, include a glass but no beer tokens – the beer prices are the same, as £2 a half for most and £3 for some, but the Craft Beer Cares tickets included your first £10-worth of beer tokens. Now, I know the latter were a bit too cheap, but jumping straight to GBBF-level pricing seems a tad steep. Then again, maybe it’ll work, even if getting there means hacking out to the vicinity of Pentonville prison!

Anyhow, it’s all in a good cause. To find out more and buy tickets, visit the event website.
at 11:33 am