Pubs are keen, brewers are cautious – but what of the drinkers? 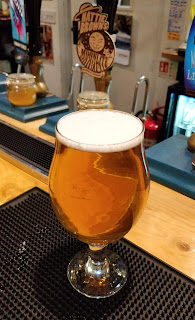 With pub reopening set for this coming Saturday, I hope to enjoy a pint of cask beer before too much longer. But while I’m sure we all know someone desperate to hit the pubs as soon as they open, many of us and our friends will be more cautious – worried about safety, perhaps, or wondering what it’ll be like if we can only get served at a pre-booked table, or perhaps concerned whether unscrupulous owners will use distancing as an excuse to declare pubs ‘unviable’ and close them down.

So I was surprised during last week’s Brewers Lectures UK – actually a pair of online panel discussions – to realise just how split the two main chunks of the beer business are on reopening. In particular, while I knew the brewing side was cautious, I had not appreciated just how desperate many on the retail side are to open up again.

“On the retail side, everyone wants to get going – there’s such a big divide between the two industries,” said panel member Charlie McVeigh, perhaps best known for founding the Draft House chain and now the man behind Project Pint which campaigns to get ‘our pubs, clubs, bars and restaurants back, exactly like they were.’

And for all the uncertainty and fear around social distancing, contact tracing and so on, when I checked what publicans and others were posting on Facebook and Twitter it looked like quite a few others think the same way.

It’s understandable, I guess – even with staff furloughed for now, and with government grants, publicans have bills to pay. And while quite a few have switched to offering take-aways, it will not be replacing much of their previous turnover.

Then again, it’s not clear just how far this enthusiasm spreads beyond the retailers. For example, Project Pint’s online petition has been up for four weeks but still hasn’t reached its target of 2500 names.

And the brewers’ caution is understandable – they must now dump expired stock and buy new ingredients, for instance, even though many haven’t yet been able to pay their suppliers for the last lot of ingredients.

A trouble shared is a trouble halved


Those on the Lectures panel agreed that, in some ways, it’s been easier because everyone’s been affected. “The first thing we did was pause and talk to all our suppliers – there has been a huge amount of understanding,” said Wild Card’s head brewer Jaega Wise, while her counterpart at Northern Monk, Brian Dickson, added: “Everyone’s been in the same boat, they’ve been saying ‘We’ll make it work.’”

The challenge though is the transition back from that state of ‘all in it together’ to ‘business as normal’. As Adnams’ Fergus Fitzgerald put it, “Every supplier we talked to was amazing. But we are almost in the riskiest period now, because we have to start making stuff, buy ingredients, sell to pubs who don’t know how many people will walk in the door… Then it’s what we’ve already said we’ll buy for the next 12 months, such as hops, clearing out our hop stores, and so on.”

One thing seems certain from this combination of keenness and caution: I’ll be able to get that cask pint, but I’m not going to have the choice I’m used to – the cask ale supply chain is a bit too ‘fragile’ for that.

“We don’t know how many venues will be able to open, and there’s still the possibility of a second wave, so casks may have to wait,” said Brian, while Fergus explained that although Adnams is back in production, it’s aiming “to keep the range low. For our own pubs, they’ll probably open with two cask ales, not the regular five or six. It’s the usual rule – you try to sell it through in three days, so it’s start small and build up.”

Ah well, one or two good cask pints will be a lot better than none!
at 3:47 pm