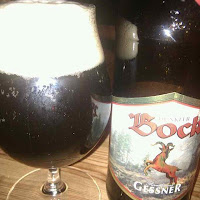 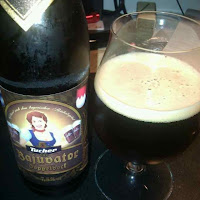 **Talking of names, a common one for a Doppelbock is something ending in -ator. Think Salvator, Triumphator, Celebrator, Bajuvator in the photo above, and one of my locals, Nikolator. No-one seems to know why, except that Salvator set a fashion.
at 9:15 pm