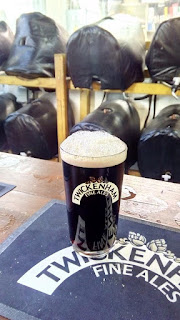 It was really good to see the brewery busy and taste the beers again, and I do hope they can boost their market image – not least so that I get the chance to buy their beers more often, especially the monthlies and one-offs. (Yes, given the nature of the visit yesterday's tastings were complimentary, but most of the time I do buy my own beer!)
at 5:08 pm