Step aside Care Bears, it's time for Care Beers! 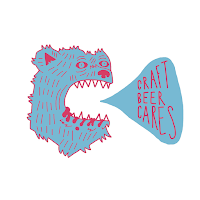 Slightly short notice, but there's a new craft beer festival coming up next month in London, and it's all for charity, with the beer donated by kind brewers from London, the rest of the UK, and beyond. Here's the details, as passed on by fellow beer-blogger Matt Curtis:

A brand new beer festival arrives in London this July and all of its profits will be donated to charity. Craft Beer Cares will be taking place on Saturday 1st and Sunday 2nd of July at Brew Club in Clapton, East London with proceeds being donated to The Newman Holiday Trust and Mind, The Mental Health Charity.

Beer has been donated to the festival by some of the most exciting breweries in the UK and beyond, including: The Kernel, The Five Points Brewing Co, Pressure Drop, Partizan, Brew By Numbers, Anspach & Hobday, Weird Beard, East London Brewery, Beavertown, One Mile End, Elusive Brewing, Siren Craft Brew, Cloudwater, Northern Monk, Wylam, Founders, Yeastie Boys, Hackney Brewery, Gipsy Hill and Magic Rock. In addition to this the festivals organisers promise that they have a few surprises up their sleeves for those lucky enough to grab a ticket.

Speaking in anticipation of the event, lead festival organiser Gautam Bhatnagar had the following to say:

“We’ve been inspired by movements such as #CookForSyria and smaller events such as #BoozersWithoutBorders and wanted to play whatever role we could in organising something to help those in need. Our aim for this year’s event is primarily to raise funds for the charities Mind and The Newman Holiday Trust, and to scale up on previous efforts by asking for donations from the wider brewing industry.

“It’s been a really heart-warming experience seeing the many people involved in the craft beer community and their willingness to donate time, advice, energy, and - of course - the beer!  We’ve had a great response from everyone we’ve asked and that comes as little surprise to many of us given how wonderful the people in the beer industry are.”

Karen Bolton, Community Fundraising Manager for Mind, added: ““We’d like to say a huge thank you to Craft Beer Cares for choosing to support Mind through their first beer festival. Every penny raised will fund Mind’s vital work including the Mind Infoline, our advice services and the campaigning Mind does to secure a better deal for the one in four of us who experience a mental health problem every year.”

Tickets for the event cost just £14.40 (including booking fee) and includes a glass plus 7 beer tokens – with additional tokens available for purchase once inside the venue. The event will take place at Brew Club, Unit 9, 38-40 Upper Clapton Road, London, E5 8BQ

The festival's open from 6pm to 11.30pm on the Saturday, and from noon to 5.30pm on the Sunday. I don't know the venue, but it's in the Old Tram Depot near Clapton BR station. It's up the road from the Round Chapel which hosts the CAMRA Pig's Ear beer festival in December, if you know that.