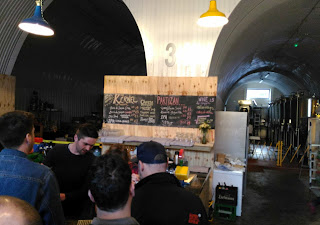 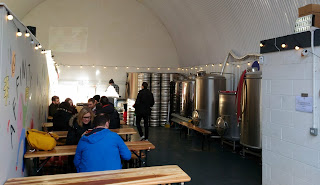 Meanwhile, Affinity (left) is organising a weekend Bermondsey cask beer festival for April 7th-8th. Co-hosted by Partizan, this will feature 30 breweries from up and down the country, each brewery supplying two different casks, one for Saturday and the other for Sunday. Tickets are available online and cost a fiver for each day – that covers a glass, a programme and your first half, then it's a fiver a pint. And no, I don't know if there's a refund on Sunday if you still have your glass from Saturday!
at 12:30 am