Whether you subscribe to the belief that Belgian beer is something unique, or the one that it represents a window into an almost-vanished tradition that once dominated much of northern Europe, or perhaps the more esoteric one that it's heavily influenced by exported British beers of the 18th (or was it 19th?) centuries, there's no denying its variety and quality. 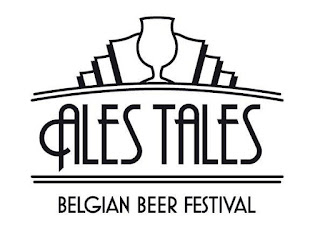 Which makes it all the more disappointing that so little of it – in the grand scheme of things – makes it across the Channel, and much of what does travel comes from the Belgian subsidiaries of multinational brewing empires. That's not to say the latter beers are all bad – far from it! Some are quite excellent – just that you rarely get to see beers from smaller, more local producers. Not only may they lack the production capacity, they lack the distribution muscle of the megabrewers.

Which is why I’m looking forward to the Ales Tales beer festival of Belgian beer (and food) in London’s Hackney next weekend. I’ve not been since it was an off-shoot of London Craft Beer Festival, back in 2014 I think it was. I remember walking in and thinking, “Ooh, I didn’t know they were here – and oh look, I’ve not seen their beer in ages!”

And even though I spent several days in summer 2015 touring Belgian craft breweries old and new, there’s still lots on this year’s list that I either don’t know, or am looking forward to reconnecting with.

In total they’re expecting 70 beers from 20 breweries at Ales Tales, ranging from classic Trappist brewer Westmalle through new twists on the classics from the likes of Fort Lapin and Dochter van de Korenaar, to modern craft idols such as Alvinne and Brasserie de la Senne (the full list is below). We are also promised Belgian food pairings, including fries (no doubt with mayo available) and cheese – although I fear these are probably not included in the ticket price!

The one gap is that I can't see a single Lambic producer on the brewery list! I know a couple of the participating brewers have experimented with Lambic in the past, but I don't think any produce it regularly. Without that, the organisers' claim to provide "the full Belgian experience" is just nonsense, so I really hope I've missed something – maybe there will be a bottle bar or somesuch.

Still, the tickets look good value, even though the cheapest are now £42 (the £35 early-bird ones are sold out). In the modern vein, they’re inclusive tickets that give you a five-hour session to drink as much or as little as you can manage. The main sessions are the evening of Friday 1st June, then the afternoon and evening of Saturday 2nd. There’s also a trade session on the Friday afternoon which I hope to report from – and which presumably means we can expect to see these breweries here again, if they can get distribution arranged.

With LCBF having now moved off elsewhere, Ales Tales has even taken over its 2014 venue – which although called Oval Space is rather confusingly nowhere near The Oval.  Instead it’s just off Hackney Road near Cambridge Heath railway station.

Here’s what the festival’s press release has to say:

Ales Tales is the brainchild of two Belgians, Nicolas Tondeur and Sayuri Kasajima, it was created after the duo were unable to find their favourite Belgian beers in the local pubs and supermarkets of London.

Discussing the return of Ales Tales, creator Nicolas Tondeur adds: “We are thrilled to bring the festival back this summer, with new beers to taste, new breweries to discover and talk to. We can’t wait to show Londoners how vibrant the beer scene in Belgium is.”

Undoubtedly set to be one of London’s best curated beer events of the summer, Ales Tales is open to everyone from beer enthusiasts, curious novices and anyone interested in a fantastic day out with a friendly atmosphere.