The brewers going gluten-free for health and profit*

There's been specialist gluten-free beers for a while now, often using the same gluten-free grains as the traditional sorghum and millet beers of Africa. However, few have managed to really replicate the aroma and flavour of beers made from malt, or indeed the range of beers possible with malt – light lagers were just about the only thing possible. Until relatively recently, that is.

Why does it matter? While gluten-free and wheat-free are lifestyle choices for some people these days, for those who have coeliac disease, gluten can genuinely and seriously damage your health.  So when you're diagnosed as coeliac, as a close relative of mine was, you need to give up gluten – and it's in an amazing number of things these days, one of them of course being beer. 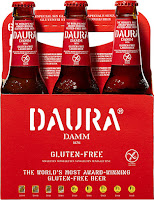 Yes, there's the specialist free-from brands such as Greens, as well as obvious gluten-free (g/f) alternatives such as cider and wine, but it's not the same. So over the last three years or so I've been intrigued to see more regular breweries adding g/f beers – often as versions of their regular beers, such as Greene King's g/f IPA and Old Speckled Hen, and Damm's Daura range – and so I set out to learn more.

The first thing I learnt about was Brewer's Clarex – not to be confused with the many other Clarexes out there, which range from assorted pills to a form of acrylic glass. Brewer's Clarex is an enzyme that was originally developed to stabilise beer faster, but it was subsequently discovered that it also has a de-glutenising effect. It doesn't remove it all, but beer treated with it will typically have well below 20 parts-per-million (ppm) of gluten, which means you can legally call it gluten-free (once it has been lab-tested as such, of course), and it should be safe for all but the most sensitive of coeliacs. 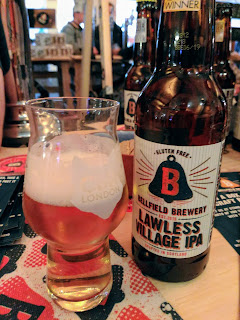 This is how the majority of the new wave of g/f beers are made, and it means they taste little or no different from beer that hasn't been Clarexed. Indeed, the widespread use of Brewer's Clarex simply as a stabiliser also means there will be beers out there that are g/f for practical purposes but are not labelled or accredited as such, typically because the brewers don’t want the additional cost of testing, or can't guarantee every single batch will be below 20ppm. So if you were to taste-test g/f beer versus non-g/f beer, you could find you're accidentally comparing like with like!

However, even this process is not good enough for every coeliac. In addition, some, such as the coeliac founders of Edinburgh's Bellfield Brewery, argue that the by-products of de-glutenisation can themselves be harmful. So instead of enzymes, they use very-low-gluten barley malt, along with g/f adjuncts such as maize, in a brewing process that they say also minimises gluten.

I met Bellfield back in February at Craft Beer Rising, where beer seller Robert Shepherd said that the result of all this is beers that routinely test below 10ppm, which counts as 'gluten-absent'. (This level is not hard to find – Daura claims 3ppm, for example – but it’s unusual in a barley beer that's not been enzyme-treated.)

But what of the other g/f grains used in European-style brewing, such as maize and rice? Although they have been used for many years, they have not had great reputations – their main purpose is to add fermentables without adding body, making a 'thinner' beer, hence the beer-geek distaste for American Bud as "thin, tasteless rice beer". 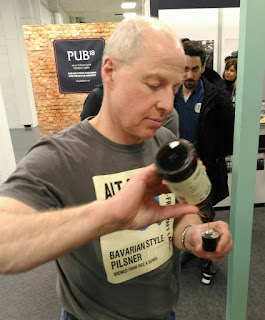 It turns out though that does not have to be the case. When I met Peter Briggs (left) of Autumn Brewing at the PubShowUK earlier this year, he introduced me to a stout, a lager and an amber ale which are gluten-absent but still taste like all-malt beers – because they are malt beer. It's just not barley malt.

He uses malted rice, millet and quinoa (!), sourced from specialist maltsters in the US. Malting, where the grain is germinated then kiln-dried before it grows too much, is a key process in making beer. Not only does germination help convert the starch in the grain into fermentable sugars, but both it and the subsequent kilning also alter its flavour and colour. Indeed, the degree of kilning used can produce a broad range of drastically different results, from light lager malts to the dark roasted malts that give stouts and porters their colour and flavour. Peter reckons Autumn is (or was – who knows!) the first brewer in Europe to import these malts and brew with them.

Perhaps the most interesting aspect of all this – and the most positive thing to come out of the g/f lifestyle movement – is that it's boosted the availability of g/f beer for everyone, including the coeliacs who need it most keenly. Bellfield's Robert Shepherd even spun it into a business benefit for the g/f brewer: "Most beers can only reach around 90% of the market – there's people who can't drink them. We're both gluten-free and vegan, so we can reach 100%."

Coming up next: the coeliac's gluten-free taste test!

*Profit? Maybe – I hope so, anyway. This is a tough market to operate in, because it normally involves extra production & testing costs and therefore higher prices, which makes it harder to also reach the mainstream buyer.
at 6:26 pm

Email ThisBlogThis!Share to TwitterShare to FacebookShare to Pinterest
Labels: gluten-free