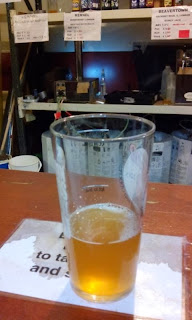 
*I'm with the quiet majority within CAMRA, for whom it's the Campaign FOR Real Ale, not the Campaign "against other methods of serving good beer". Attitudes of "if you're not with us, you're against us" have no place in the enjoyment of good beer.
at 1:50 pm